Portuguese symphonic metal band Glasya presents a lyric video for the second single off their upcoming album “Heaven’s Demise”. The track is a duet of Glasya vocalist Eduarda Soeiro with Flávio Lino. Watch the video for “Glasya” below.

Glasya’s debut album “Heaven’s Demise” comes out July 12 via Pride & Joy Music. The album was mixed and mastered by Fernando Matias at The Pentagon Audio Manufacturers Studios, who has previously worked with bands such as Moonspell, Bizarra Locomotiva and Gwydion. “Heaven’s Demise” is composed of 10 songs where the band explores diverse themes and dynamics, always with a cinematographic feeling, ranging from Celtic, Asian, Medieval and Orchestral music. The lyrics emphasize the daily struggle of a man who tries to find his place in the world, his defeats and the strength to fight and try again. 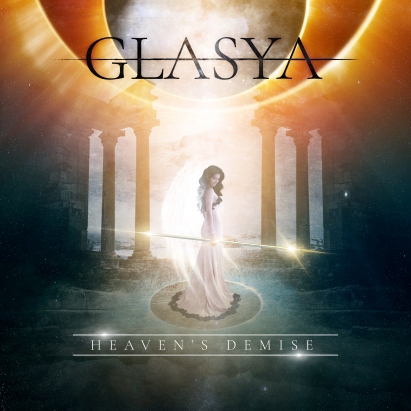