A Voice for the Voiceless: Remembering Tengger Cavalry’s Nature G 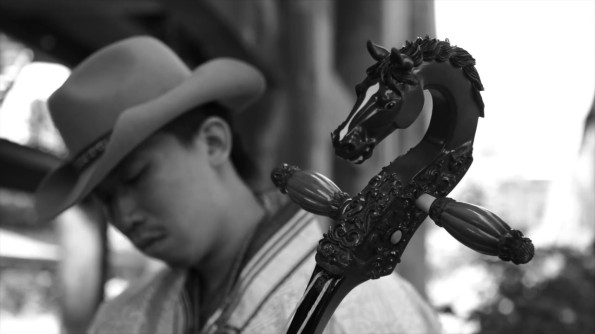 At Metal Goddesses, part of our mission is to amplify the voices of the women of metal. We seek to highlight the contributions of one of the most oft-overlooked groups in the metal community. This was a mission shared by late Tengger Cavalry frontman, Nature Ganganbaigal, a supporter of the Metal Goddesses site and friend of the author. Nature recognized the importance of elevating the most underrepresented among us and was an especially outspoken advocate for Asian representation within metal music. With the news of his untimely passing coming this week, we spoke to bandmate Tamir Hargana about his time with Nature. Here we recognize Nature’s contributions to the world of metal, revisit his life’s work, and remember him with heavy hearts.

“We dedicate this song to all our female fans around the world. Their hearts are as beautiful as the boundless grasslands.”

A native of Beijing, China, Nature Ganganbaigal constantly sought to bridge the cultural gaps between his heritage and his place of birth. Born to a mixed-heritage Inner Mongolian/Chinese family, he was at odds with his environment simply by existing. The experience of being bicultural, an experience he and the author bonded over, can be a source of great consternation in a world where assimilation in can mean survival. The most vulnerable piece of one’s identity is easily swallowed up by the modern world, in the interest of fitting in or even surviving.

But Nature refused to hide that piece of himself, instead turning it into a source of strength and inspiration. In 2010 he founded his band Tengger Cavalry, “The Army of the Sky God”, named for the arch-deity of shamanistic Mongolian tradition. Far from suppressing his heritage, Nature evoked the sounds of his warrior ancestors and combined them with the aggressive metal riffing of today, creating a unique mashup that came to be known as “Mongolian folk metal”. He became known as a pioneer of the genre, releasing twelve albums and introducing Asian elements into the largely European body of work that comprises folk metal. In doing so, he brought a living tradition to playlists across the world.

“Unlike Viking trends, Nomadic culture still exists upon the Grasslands and horse riding landscapes in Northern China and is facing great danger in the face of modernization and industrialization from the South,” said Nature, explaining the origins of their 2018 video, “Redefine”. “This video represents the mixed challenge we, as Tengger Cavalry, are facing every day. It’s a video about cultural conflict, homeland, modern culture, progression and inner strength.”

…and Justice for All

Ever conscious of injustice, Nature was also outspoken against discrimination in the US. He used his platform to raise awareness among Tengger Cavalry’s global fan base, all the while advocating fair and equal treatment of others… to include women, Asian Americans, African Americans, and more. He posted frequently about his experiences as an Asian musician in the US, speaking out about discrimination he encountered in the industry and in everyday life. He was acutely aware of bias and violence against Asians and Asian Americans: A photo release from February 2019 called attention to a hate crime committed the previous month, in which a New York man savagely murdered three employees of a Chinese restaurant. “In memorial of all Asian victims brutally murdered on Jan 15th in Brooklyn by the murderer motivated with racial hatred against Asian community,” the caption states.

“He really cared about Asian communities in the US and equal rights,” notes bandmate Tamir Hargana. “He always tried his best to be involved with different kinds of activities and performances.”

A Bandmate, an Inspiration, a Friend

Tamir Hargana is an Inner Mongolian multi-instrumentalist and traditional throat singer, who joined Tengger Cavalry in 2018 and played their same-year North American tour. He and Nature met through the small community of Inner Mongolian musicians living in the US, and Nature invited him to join the band. Hargana’s first performance with Tengger Cavalry was at their 2018 appearance in Carnegie Hall. He was impressed at how far Nature had taken their shared culture.

“He was recognized not only in the US, but in Canada and the EU,” Hargana explains. “He had been to Europe on tour many times and had a German label as well. Recently, we were planning to bring the new Tengger Cavalry to Europe, and had just talked to a Chinese label about a tour next year.”

Despite his success, Nature was decidedly down-to-earth, giving Hargana credit for his performance and inspiring others to learn their techniques.

“He influenced both Americans and Mongolians to learn throat singing and folk instruments,” Hargana remembers. “And he was considerate of band members as well. Whenever people were interested in Morin Khuur or throat singing, he always recommended me and even on tour would announce, ‘If you like our singing style or instruments, grab Tamir’s card… he teaches all of them!’”

But Hargana’s favorite memory of Nature was offstage, in a far more natural setting not unlike that of their homeland.

“On the North America tour, we stopped at the farm in Austin to visit his horse. He had just moved [from another farm] to a new place, and was not happy with it… we ran around chasing that horse for hours, trying to catch him.”

It seems that even the horselords of Mongolia have trouble taming their animals now and then. It was these humanizing moments that endeared Nature to so many.

In addition to minority advocacy, Nature was also a fierce proponent of mental health awareness. Speaking to Kerrang! earlier this year, Nature recounted a 2017 suicide attempt that changed everything:

“I was on top of this building, thinking about doing it, when out of nowhere a bunch of police came. They were there doing an inspection, and asked me what I was doing here. And I realized that deep down, I still wanted help. I wanted a way out. So I told them, and they called me an ambulance. I really appreciated their chief, this big guy, who told me his wife had been cheating on him after being married for twelve years. It was very sweet of him, trying to ease me out. They rescued me.” [Kerrang!]

Overworked and fighting legal disputes over Tengger Cavalry’s music, Nature had sunk into a deep depression while living in New York City. His music was deeply intertwined with his identity, in itself a never-ending battle. A threat to his music was a threat to the very core of who he was.

“At the time, all of that really stressed me out. That really broke me at the time, and I couldn’t see past it. I couldn’t see through the legal knowledge I didn’t have. I had friends in New York, but this kind of situation I’d never dealt with before. I thought, ‘This is what I’m here for — I’m in America to chase my music dreams…and they’re just going to take that away. Not just money either… That’s my soul.” [Kerrang!]

But Nature used the incident as a turning point, as he had before with many great challenges. He used the time following the incident to return to Inner Mongolia, reconnecting with his roots and finding inspiration again. After a period of reflection, he went on to release the 2019 album “Northern Memory,” even shooting a sweeping but physically demanding music video in Inner Mongolia. Watch “My Sky” below:

Said Nature of the experience:

“I think this traumatizing experience crippled me in a way, but also empowered me in a way. It crippled in terms of traumatizing memories — I’m still recovering from that. But it empowered me because it gave me more strength and more confidence. It’s kind of how an animal learns from fear, and becomes a better hunter.” [Kerrang!]

After the release of the Kerrang! interview, many fans came forward to thank Nature for sharing his story. Many recounted their own suicide attempts or struggles with depression. The bane of mental illness is a universal experience, affecting millions of people across the world. It is almost as universal as the music that binds people together in the fight against it. This was something Nature knew well, and he harnessed the power of music to continue that fight.

The Northern Memory Lives On

“I always respected his musical talent, and I’m so grateful to have shared the stage with him. I’m sure our band members and all his friends will remember him, will keep his legacy alive by playing his music and passing it on to others.” 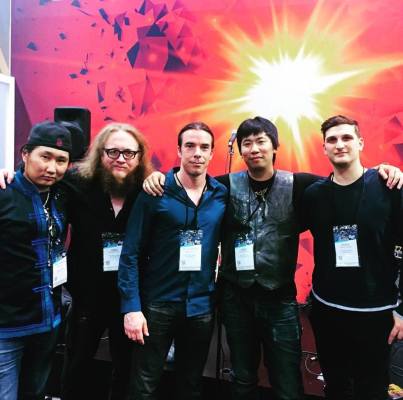 We like to think that Nature now rides with his ancestors across vast grasslands, under Tengri’s endless blue sky. His music will echo across the world, in the hearts of all he touched with his friendship and his music, as the cornerstone of Mongolian folk metal.