Amaranthe announce new shows with Beyond The Black

Modern metal outfit Amaranthe announces “Helix Nordic Tour” for late November 2019. Besides their show in Helsinki with Sabaton and Apocalyptica, the band added three more dates in Oulu, Seinäjoki and Turku. Opening for Amaranthe on this short Finnish run are German symphonic metallers Beyond The Black and […]

German modern metal/hardcore band The Tex Avery Syndrome drops a music video for the third single off their upcoming album “Origin”. Watch the video for “Pendulum” below. The Frankfurt-based five-piece surrounding power-frontlady Laura Gierl have borrowed their band name from the legendary American cartoonist Tex Avery.  In terms […] 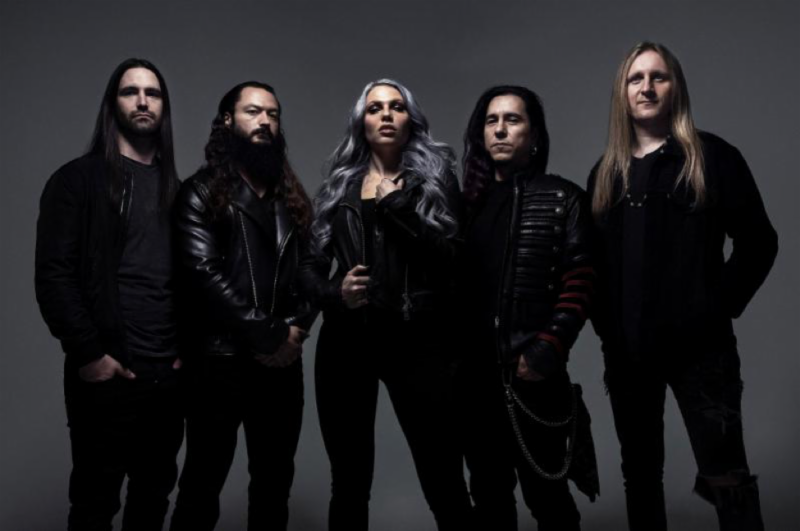 Calgary-based hard rock quintet Kobra And The Lotus premiere the third single from their new album “Evolution”, due out September 20. The track is called “Thundersmith” and it comes with a lyric video that can be watched below. Following “Burn!” and “Get The F*ck Out Of Here!”, “Thundersmith” […]

The line-up of this year’s edition of Female Metal Voices Tour has been revealed! Joining forces for the 2019’s run will be Leaves’ Eyes, Sirenia, Forever Still, Lost In Grey, Kassogtha and Asphodelia. See details below. The tour will take place all over Europe and the UK, including […]

Dutch metallers Within Temptation and American rockers Evanescence have joined forces for a huge co-headline European tour. The bands will visit twelve European cities in April 2020. See the dates of Worlds Collide Tour 2020 below. Fronted by two of the most influential and creative women in the […]

Brazilian metal band Lyria presents a new music video for the track inspired by their fan’s uneasy fate. The band has a history of connection with autism, having the drummer as a teacher of an autistic student, and now, with the clip for “The Rain”, which features lyrics and video inspired by the story of overcoming fan Warren Mayocchi from Australia. Watch the video below.

Masters Of Ceremony, a band of German producer, guitarist and songwriter Sascha Paeth, just released a brand new music video for a single off their debut album “Signs Of Wings”, out now. In order to celebrate the release, they unveiled a video for the song “Die Just A […]

Canadian singer, pianist and songwriter Lindsay Schoolcraft (Cradle of Filth, Antiqva) unveiled a music video for the track “Savior” off of her upcoming solo album “Martyr”. Watch it below. “Martyr” is co-written with former Evanescence drummer Rocky Gray, also known for this participation in the metal band We […]

Break Me Down – Your Game (Lyric Video)

Italian alternative metal band Break Me Down unleashed the first single off of their upcoming debut album. Watch the lyric video for “Your Game” below.

Kamelot have once again teamed up with Finnish heavy/power metal force Battle Beast for their North American tour. Warming up the audience for the main act of the evening, Noora Louhimo and her beasts are an amazing choice which was, of course, confirmed at one of the opening […]

Liv Kristine to join Valkyre on a European tour

Butcher Babies to tour with Hellyeah and All That Remains

Wicked Asylum – Out Of The Mist (Full Album)

“When you turn on the TV or look through a newspaper, you feel that the world is literally on fire.” – Interview with Delain