Be Under Arms – The Curse Of The Black Water (Official Video)

Russian metal band Be Under Arms has a new video for “The Curse Of The Black Water” out. The song is featured on their third studio album “Evil Tales Of The Northern Country”, which was released in September 2017. You can watch the video below.

Butcher Babies will soon embark on Kings & Queens co-headliner tour with Nonpoint throughout the US. The support comes from Cane Hill and Sumy Cyco.  “We are excited to bring our devout U.S. fanbase a headlining set with lots of surprises; digging deep into our new album, ‘Lilith’, […]

“A Grotesque Reflection” Light This City’s first song in 10 years on Metal Goddesses.

Dutch progressive powerhouse Ex Libris lead by Dianne van Giersbergen are teasing a new release! Ex Libris III is on the way and it will be truly special.  “We are currently writing songs for Ex Libris III. This one doesn´t have a title yet, and we also don´t want […] 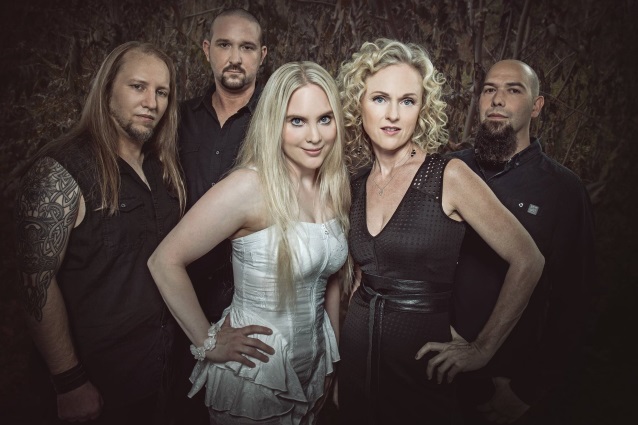 Midnattsol release new video for “Herr Mannelig” off their upcoming album “The Aftermath”. Featuring Liv Kristine as the official second singer for the first time, this album marks a huge milestone for the band. Her addition to the band was announced in December 2017 and new album´s announcement followed […]

Symphonic metallers Eleine from Sweden have just released a new lyric video for “Whisper My Child”. The song is taken from their second studio album “Until The End”, which came out February 23. Watch the video below and if you like what you hear, listen to the whole album here.

Unleash The Archers and Visions Of Atlantis to tour with Dragonforce

Eleine – All Shall Burn (Full EP)

“It’s normal for an artist to see their latest work as a gem among all the material.” – Interview with Blackthorn