The cover artwork, which you can see below, was once again created by Geoffrey Gillespie. 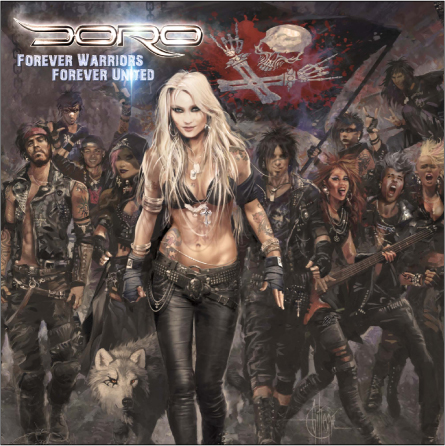 “The cover and the title form a perfect unit. Just as it should be. It all fits perfectly in line with the songs, which also deal with some political themes,” says DORO.

DORO’s 20th album will be a double album with 24 songs in total, including big anthems, countless heavy songs, heart-warming melodies, a lot of energy and many guests.

“On “Forever Warriors, Forever United”, there will be a lot of big rock heroes. Fans might be curious about the many awesome guest musicians involved.”

The first single “All For Metal” as well as music video feature several metal heroes. The video will drop in May.