The wait is over! After months of waiting and weeks of intensive teasing, Within Temptation have announced details of their seventh studio album. It’s called “Resist” and it will be released on December 14th.

“Normally, when I come back from a tour I have a lot of ideas and I want to start writing again immediately. This time, I didn’t have any energy for anything, I was really exhausted,” she explained in an interview with CrypticRock. She took some time for herself, started a solo project My Indigo and released a self-titled album in April. Composing songs for My Indigo was a therapeutic experience that helped her deal with her problems.

“Resist is a true milestone for us. If it wasn’t for Resist, Within Temptation wouldn’t be here anymore,” said Sharon for Metal Hammer. “With this record, we’ve taken inspiration from modern music and gave it a face – a very dark one. Sometimes it feels that today’s pop music lacks a rebellious edge. Our main goal was to collect pieces from sounds we did like and roughen it up as much as we could, resulting in a surprisingly new musical world that is heavier, dirtier and more futuristic than we’ve ever created before. Resist is our take on metal in a new way: to give modern music its rebellious edge.”

The first single from the album has already had its premiere. Enjoy “The Reckoning” featuring Jacoby Shaddix, in the following lyric video.

Once again, like on their 2014’s album “Hydra”, “Resist” features a wide offer of guest vocalists. Besides Jacoby Shaddix of Papa Roach, the fans will get to hear Anders Fridén of In Flames and Belgian pop/rock singer and guitarist Jasper Steverlinck with whom Sharon performed on Belgian TV program Liefde voor muziek.

You can see the “Resist” cover artwork and tracklist below. 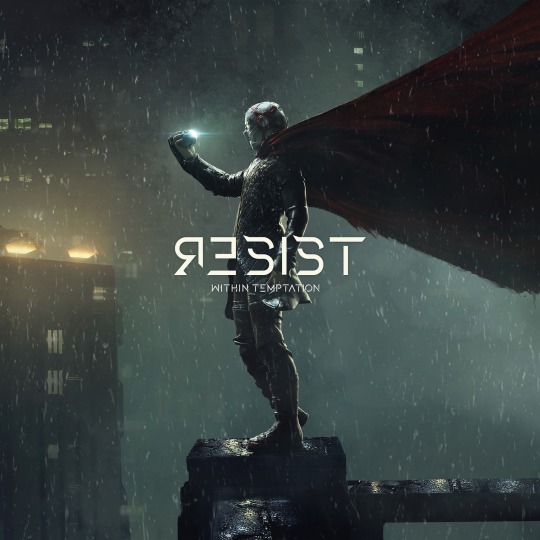 The band will embark on Russian/UK/European “The Resist Tour 2018” starts in October. See the poster below for all dates.