Belgian metal four-piece Spoil Engine revealed the title and cover of their new album. The follow-up to their latest album “Stormsleeper” from 2017 is titled “Renaissance Noire”, due out November 15.

Says the band: “After almost a year of writing and recording, we are proud to present the title and cover artwork of our latest full album: “Renaissance Noire”. The album represents a humanistic rebirth of our band as a 4-piece, going back to the essence of heavy music: hard, dark yet so diverse. We are extremely proud of the sonic art we have created; 10 pure, uncut metal songs where every single band member shines like never before.”

You can see the album cover drawn by Adrian Baxter below. 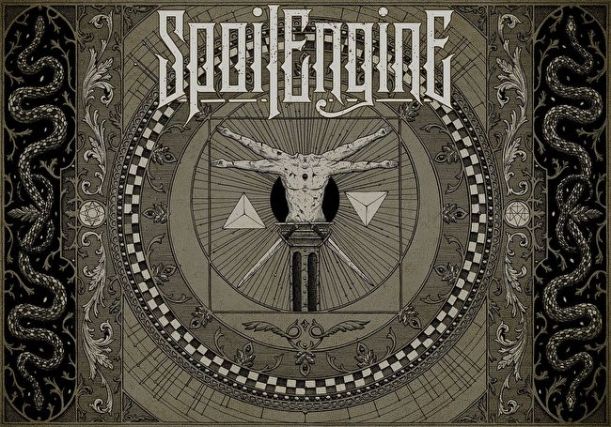 The vocalist Iris Goessens, who joined the band in 2015, recorded a short video message announcing that they will be releasing a lot of behind the scenes material leading up to the November album release. You can hear a snippet of a new track playing in the background. Watch the video below.