Symphonic power metal sailors Visions Of Atlantis drop “A Journey To Remember”, a new single off their upcoming album “Wanderers”, due out August 30. Watch the video below.

“Wanderers” is the first VOA studio album to feature new male vocalist Michele Guaitoli after the departure of Siegfried Samer in October 2018. “Wanderers” is a follow-up to chart-hitting “The Deep & The Dark” released in February 2018 marks the first album with Siegfried and Clémentine Delauney on the vocals and a successful comeback for the band. It charted in Germany, Switzerland, the UK and the US for the first time in the band’s history. See the cover and tracklist below.

“The listener will be taken on a journey into the breathtaking depths of the symphonic metal universe. Wanderers offers a captivating musical and lyrical journey across the untamed seas along a powerful path towards self-discovery. It’s armed with amazing duets by Clémentine Delauney and Michele Guaitoli and is one of the most intense and profound symphonic metal albums the world has seen (or rather, heard) in the past 15 years.” 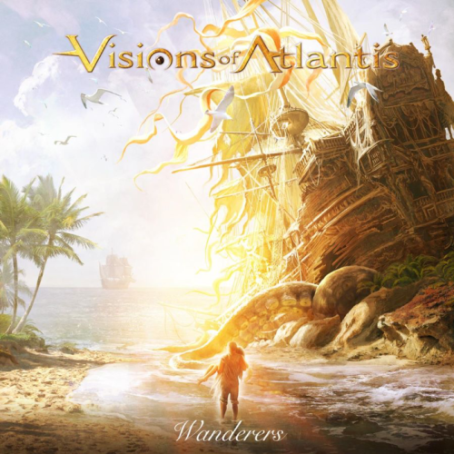 In 2020, Visions Of Atlantis plan to release their first-ever Blu-ray/DVD featuring a special performance with an orchestra from this year’s edition of Bang Your Head festival in Germany. Stay tuned for more details!