Finnish symphonic metal legends Nightwish announced the release of a live album from their recent Decades tour. The concert was captured by 19 cameras and took place on September 30th, 2018 at the Estadio Malvinas in Buenos Aires, Argentina.

“Decades: Live in Buenos Aires” does not only contain Nightwish’s most successful songs like “Nemo”, “Ghost Love Score” or “Élan”, but also rather unknown songs like “Dead Boys Poem” or their first single “The Carpender”.

Keyboardist Toumas Holopainen states: „I didn’t just want to pick out the most successful Nightwish songs for this tour. Instead, I asked myself which songs I would play to somebody who had never heard of our band. At some point during the preparation process, I realised that I was smiling all the time. I remembered the curious, innocent boy writing all of these songs.”

“Decades: Live in Buenos Aires” will be available on December 6th as Blu-ray digibook, 2CD digipak, Blu-ray+2CD earbook and 3LP via Nuclear Blast. See the tracklist and cover below. 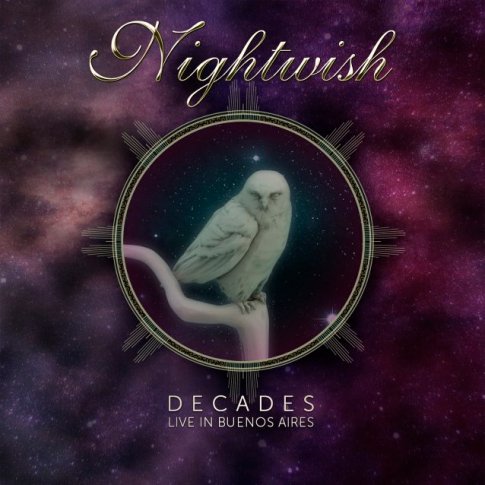