Romanian melodic heavy metal band Scarlet Aura announces the release of their forthcoming studio album “Hot ‘N Heavy”, due out December 11th, via Sliptrick Records. The release is accompanied by the publication of “The Book Of Scarlet – Ignition”, the first book within a trilogy written by Scarlet Aura’s singer/songwriter Aura Danciulescu.

Scarlet Aura’s journey began in 2014, inspired by the best rock music and musicians such as Dio, Helloween, and Iron Maiden. Their debut album “The Rock Chick”, (under the name Aura) and winning the “The Black Sea Battle of the Bands” at the Kavarna Rock Fest in 2014 in Bulgaria, made the band one of the most exciting new acts from Romania. The group released their second album “Falling Sky” in 2016, followed by a tribute album “Memories” with re-interpretations of 11 classic rock and metal songs a year later.

Scarlet Aura’s fourth studio album “Hot’n’Heavy” heavily draws from symphonic and power metal and stays within unique sound and vision of Scarlet Aura. With the new album, the band brings much more heavy sound, state-of-the-art production, and more dark and deeper lyrics about finding your true meaning and how to be yourself, how to dare to be different and have no fear as one never be alone through music, the right to fight for what you believe in and also for love, for friendship and music. The recording and production took place between January and May 2018.

The band explains: “Hot’n’Heavy became a statement and unfolds our spirits as they grew and developed in the last 4 years. Alongside “The book of Scarlet”, we are revealing to you true instruments that will get you to travel deep in our minds and hearts and discover us as artists, dreamers, lovers, haters, as humans but also by heart… By revealing these instruments to you, in the end, you’ll get to find yourself! So, we dare you to let yourselves go from the known reality and embrace the wild callings of your fantasy, our fantasy and become one, becoming a Scarlet! Hail To You!” 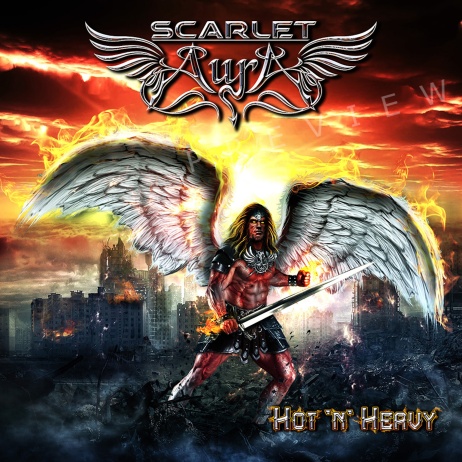 You can listen to the latest single “Hail To You” below.