There’s plenty of things going on in the world of women in metal every month. New albums, videos, tours and other interesting stuff. It can be hard to keep up with all the news- trust us, we know the best. Since we don’t want you to miss anything important, we decided to provide you with a monthly summary from now on. Let’s start with September 2018. Enjoy! 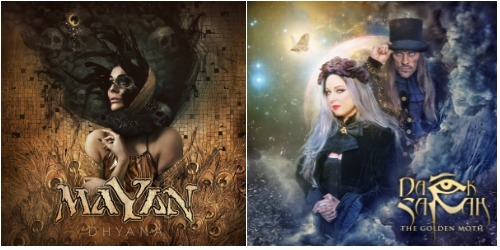 September 2018 was tough for bands. Symphonic metallers Eleine have parted ways with two members and another split happened in German metal band Aeverium. Their female vocalist Aeva Maurelle left. Luckily, guys have found a replacement pretty quickly. Vanessa Katakalos will play with them from now on. On the bright side, guitarist Nita Strauss shared details of her debut solo album and we can’t wait to hear it. 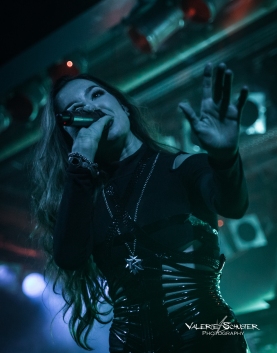 In September, we published photo galleries from our talented photographer Valerie Schuster for the very first time. She took some amazing pictures at these shows:

This month, we had an absolute honour to interview the super talented Michalina Malisz of Eluveitie. We chatted about Eluveitie, hurdy-gurdy, her blog Ancient Made Present, YouTube channel Helvetion and other interesting stuff. It’s a nice reading, check it out.

Amaranthe have found a new manager in Arch Enemy’s ex-vocalist Angela Gossow and last but not least, we recommend reading our article about Tarja’s upcoming album she teased in the recent interviews.

Quite a busy month, don’t you think? Well, that’s a wrap for September. See you next month!